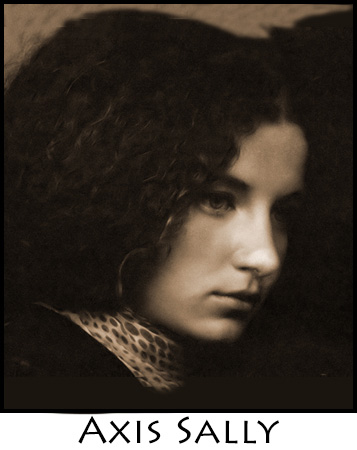 Sally Fisk glared at the crowd. “I’ve got news for you,” she declared, “America’s not the good guys any more. Good guys don’t invade sovereign nations. It’s that simple.”

“How does it make you free to kill a bunch of foreigners who have no potential to harm us? What are you afraid of? We’ve got a 400-ship navy and 10,000 nuclear warheads, for God’s sake—these people cannot hurt us. Why are we killing them?”

“It’s a big, scary world out there,” shouted someone in the crowd. ‘America has enemies. Drop your schoolgirl illusions and grow up.’

“Illusions?” she echoed, with undisguised anger. “Everything you think is real is an illusion. Your government is a cheap magician. They distract you with words like America and freedom and patriotism, so you won’t focus on the corporate tax cut up their sleeve. And then they distract you with words like God and Jesus and Christianity, so they can enlist enough faith healers to convince poor people to vote for them.”

Somehow it had gotten personal, and the onlookers seemed to represent to Sally everything that was wrong with the country. “And you’re falling for it, like some freshman pledge getting his nose rubbed in shit by the frat brothers, but he puts up with it because then he’ll be like them: popular and powerful and white and American.”