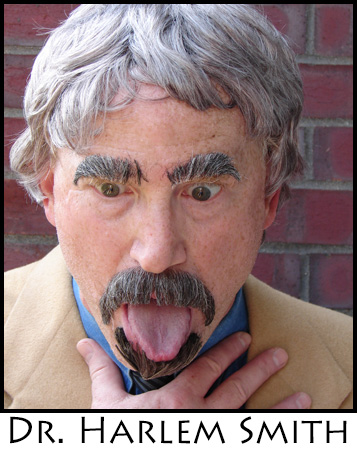 Doctor Harlem Smith had been teaching literature at the college since Falstaff’s first fart and had seen the fading embers of middle age doused with the ice-water of time, trod into a gritty gray paste, and tracked onto the living room rug. He blamed time’s darlings, the young, and watched for opportunities to even the score.

Though it was unseasonably muggy out, he wore the obligatory corduroy jacket, replete with leather elbow patches. His faux regimental stripe tie was stained and threadbare, and somewhere in Flanders Field the King’s Hussars were rolling over in their graves.

Olive complected, his face was a monument to follicle husbandry. Though not even nine A.M., manly stubble was already peeking out from his jaw line to greet the new day. Tufts of black dangled from his nostrils, not quite imperceptibly, and blended into the dense foliage of his mustache. Course bristles sprouted from inside his ears, and under a wide forehead, prehensile eyebrows reached down to tweak his eyelashes mischievously. A goatee, surprisingly ungrayed for his age, augmented the mustache, and together they encircled his mouth in a manner that, when eating bratwurst, would have suggested marital relations.