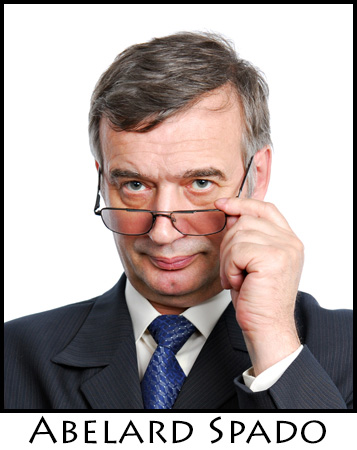 Ford Phelan didn’t feel like he could wait until Dr. Spado returned to his office. At this hour he knew Spado would be teaching class in Vavolano Hall, so he strode over there and waited till ten to the hour, when students began trudging out of the door.

The department head looked up when Ford entered. “My boy—come in. Sit down. What can I do for you?”

Ford was ill at ease. “There’s something you probably ought to know. If you don’t already, I mean. Which you might.”

Abelard Spado wrinkled his brow. “Why ever would he do that?”

“With an actual wall?”

Ford waited, but the good doctor seemed to think they had exhausted the topic. “Uh, Professor Spado … were you aware that he had a toilet and shower stall installed in his office?”

“Did he, by Jove?” Spado weighed the situation. “Puzzling—I’ve received no construction request. But I suppose it’s all right. University policy gives full professors the latitude to make unapproved changes to their offices, provided it’s at their own expense.”

“Sir—I’m afraid that Professor Bartleby may have walled himself into his office.”

“Curiouser and curiouser.” He chuckled.

“Is there by any chance a second exit to his suite? Or a window?”