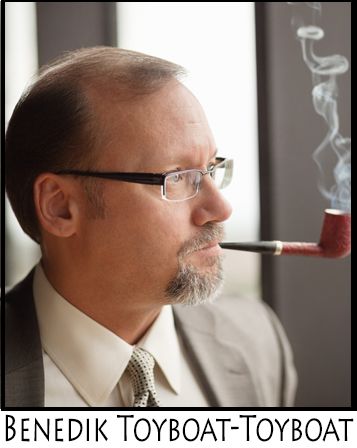 Doctors Toyboat-Toyboat had proved the skeptics wrong by keeping their marriage intact through thick and thin, the good times and the bad, for richer, for poorer, in sickness and in health, for over three weeks now.

At first, it was curious and amusing that they shared the same surname, the same position in the Philosophy of Mind Department, and even the same office suite. But the fact that they shared absolutely nothing else portended little in the way of a closer relationship. Their squabbles, both lecturers hunkered down behind their desks like warring armies behind their barbed wire, glaring at each other across no man’s—no person’s—land and lobbing epithets at the other like so many artillery shells, were the stuff of department legend.

How it came to pass that they fell in love, and what it was that held them together, were mysteries that no one had unraveled. Perhaps it was the unremitting close proximity that forged the bonds of affection. Perhaps, imprisoned together within the four walls of their office suite, semester in, semester out, they came to know each other’s character fully and intimately and glimpsed the real human being beyond the stereotypical differences that on the surface repelled them. Perhaps just a few traits pushed them apart, like the natural repulsion of two magnets, north pole to north pole, and it merely needed a minor reversal of orientation to bring other traits into violent attraction, north pole to south, as it were. Then again, it might just have been some weird mutual Stockholm Syndrome thing.