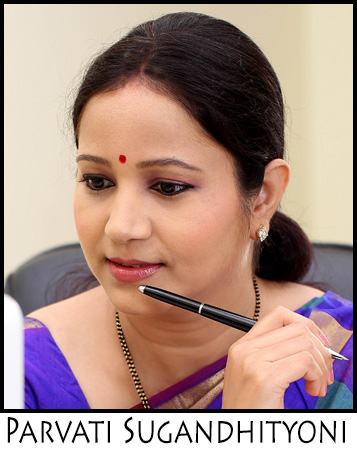 At this point an elegant woman apparently of the Hindu persuasion drifted silently up to the table. In height and weight she approximated the arithmetic mean; but Ford Phelan noticed that the dimensions of her buttocks somewhat exceeded it. He made an effort to squelch the mental image of enjoying her doggy style.

She was forty-ish and dark-complected compared to her occidental peers. Her most striking features were the thickness of her lips, which would have done Mick Jagger proud, and her abundant black hair, rare among women of the Indian subcontinent because of its curliness, which tempted the weak-willed to spread wide their fingers and run them through it. She wore a lime-green sari that concealed her feet, and the languor and motionlessness with which she walked made it almost seem as if she were floating rather than walking.

Abelard Spado introduced her to Ford. “Dr. Sugandhityoni is our departmental idealist.” Parvati placed her hands in the prayer-like namaskar position and bowed her head to Ford.

Ah, thought Ford. An idealist: One who denies the existence of physical reality and believes only the mind and its products exist.

“Lovely sari,” Emmett Kelly said to Parvati. “Or is it just an illusion?”

“Dr. Kelly,” she replied, “each time vee chat, I grow more and more pleased that you have no real existence.”