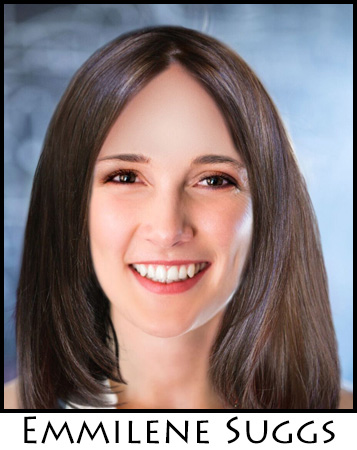 Emmilene was no fool; one look in the mirror told her that she had her work cut out for her. Overcoming tens, perhaps hundreds, of millennia of hominid evolution was not a task for the faint of heart. So she got cracking and attacked the problem with the same determination with which she had earned her Ph.D. and had helped her parents put food on the table.

Emmilene’s lustrous dark brown hair was all her own, but her flawless complexion was the product of a very costly, very painful chemical peel.

As a woman she was implicitly aware that males are attracted to females. As a scientist, she was explicitly aware that, to augment this attraction, females had evolved to be ever more physically unlike males. In other words, if a little femaleness is good, a lot of femaleness is even better. So she consciously and relentlessly set about making herself as un-male-like as possible.

Females have thinner eyebrows than males? Okay, she would pluck them to make them even thinner. Larger eyes and thicker lips than males? Fine: Tastefully applied eye makeup and lipstick would make them appear even larger and thicker. Less hairy than males? She shaved her legs regularly and electrolyzed with a vengeance. Narrower waist and wider hips than males? This was achieved at the cost of rigorous attention to nutrition and the daily expenditure of around 2500 calories. The resultant narrow waist set off very fine hips that she inherited from her mamma, resulting in an ass that was world class.

Emmilene valued herself. She knew she was attractive, and a moron could tell that she was brilliant. But while the Ford Phelans of this world are happy to roll in the hay with the Emmilene Suggs of this world, they don’t date them for long, and they certainly don’t marry them. It was simple genetics: Two-hundred-thousand years was just not enough time for humans to evolve away from the attributes that motivated cavemen and cavewomen. Like attracts like. That’s just the way it is.

What was a Ph.D. in neurochemistry to do?